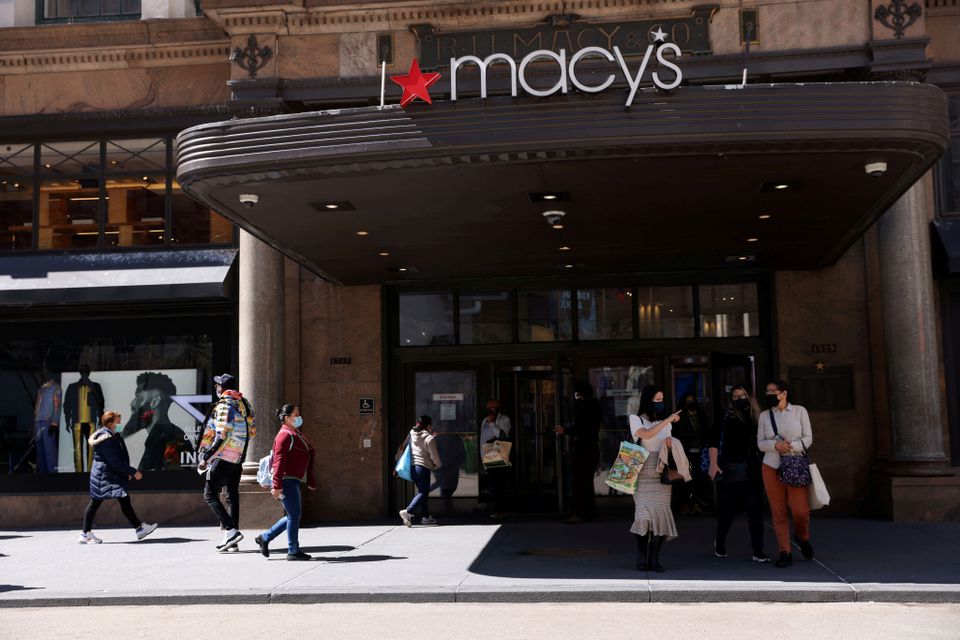 Sept 21 (Reuters) – Macy’s Inc (M.N) said on Tuesday it plans to hire about 76,000 full- and part-time workers at its stores, call centers and warehouses ahead of this year’s holiday season, indicating a return to pre-pandemic levels of hiring.

The department store chain’s push to hire more workers comes during a major labor crunch in the United States that has spurred retailers to raise wages to attract workers during the crucial end-of-year shopping period.

Earlier this month, Walmart Inc (WMT.N) said it planned to hire 20,000 workers at its supply chain division ahead of the holiday season, which starts a day after Thanksgiving and continues into early January. read more

Seasonal hiring plans of retailers also often indicate their sales expectations for the holidays. Macy’s last month raised its full-year sales forecast as it benefits from shoppers splurging on perfumes, shoes and dresses as they return to post-lockdown social events. read more

Macy’s said about 48,000 of the new roles this year were specifically for the holiday season, while the remaining were for permanent positions beyond the holidays. About 21,200 roles are for the its fulfillment centers.

The company said it would hold a national hiring event on Thursday.

Reporting by Uday Sampath in Bengaluru; Editing by Vinay Dwivedi