Smartphones Will Kill Off the DSLR Within Three Years, Says Sony 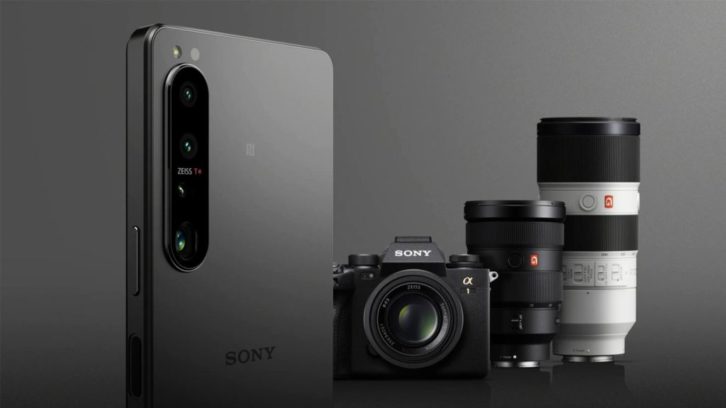 Phone cameras are set to get even better, according to Sony

Smartphone cameras and DSLRs have been moving in opposite directions for the past few years, and image quality from phones will finally trump that of their single-lens reflex rivals by 2024, according to Sony.

As reported by Nikkei Japan, the President and CEO of Sony Semiconductor Solutions (SSS), Terushi Shimizu, told a business briefing that “we expect that still images [from smartphones] will exceed the image quality of single-lens reflex cameras within the next few years”.

Some fascinating slides presented during the briefing were even more specific, with one slide showing that, according to Sony, “still images are expected to exceed ILC [interchangeable lens camera] image quality” sometime during 2024.

Those are two slightly different claims, with ‘ILCs’ also including today’s mirrorless cameras, alongside the older DSLR tech that most camera manufacturers are now largely abandoning.

But the broader conclusion remains – far from hitting a tech ceiling, smartphones are expected to continue their imaging evolution and, for most people, make standalone cameras redundant.

So what tech will drive this continued rise of the best phone cameras? Sony points to a few factors, including “quantum saturation” and improvements to “AI processing”. Interestingly, Sony also expects the sensor size in “high-end model” phones to double by 2024.

The larger pixels on these sensors will, it says, allow phone makers to apply multi-frame processing that “realizes a new imaging experience”, including improved Super HDR modes and zooms that combine folded optics (as on the Sony Xperia 1 IV) with AI algorithms.

Sony also highlighted the development of its ‘two-layer transistor pixel technology’, which we heard about last year, which promises to drastically improve the dynamic range on phone cameras and help reduce low-light noise.

Similar advances are coming for video too, according to Sony’s presentation, with the higher read-out speeds of next-gen sensors supporting 8K video, multi-frame processing (including video HDR) and a general realization of “AI processing for video”. In other words, computational video techniques like Apple’s Cinematic Mode.

While it isn’t unusual for Sony to make bold predictions about a sector it’s heavily invested in, there does seem to be substance behind its predictions for the continued evolution of phone cameras at the expense of DSLRs and mirrorless cameras.

And that’s significant for all smartphones, because according to Statista(opens in new tab), Sony has 42% of the global image sensor market for phones, while teardowns of the iPhone 13 Pro Max show that it uses three Sony IMX 7-series sensors.

Predictions about the demise of DSLR cameras are nothing new – without saying anything explicitly, Canon and Nikon have both admitted that DSLRs are a legacy format by discontinuing some models, such as the Nikon D3500, without replacing them. But Sony’s latest statements highlight that phone cameras still have a long way to go before they hit their tech ceiling.

The biggest advances in recent years have come in multi-frame processing, otherwise known as computational photography. But Sony was understandably keen to stress the role that new hardware will play in lifting phone cameras to new photographic heights.

Its prediction that the sensor sizes in high-end phones will double by 2024 is slightly surprising, given that this is limited by factors like lenses. For example, the Sony Xperia Pro-I became Sony’s first phone to have a 1-inch sensor last year, but its lens wasn’t able to project a large enough image circle to cover the whole of that sensor, so it could only take 12MP photos rather than the native 20MP resolution.

Perhaps more significant is Sony’s new stacked CMOS sensor with two-layer transistor pixels, which effectively exposes each pixel to twice as much light as a standard sensor. This sounds like a hardware advance that computational algorithms could definitely get their teeth stuck into in order to boost dynamic range and noise performance.
But given how good the latest phones are at photography, the most noticeable advances over the next few years are likely to be in video. Sony’s presentation highlighted this with references to multi-frame processing and its Edge AI platform, which promises to boost both video performance and support for augmented reality apps.

While DSLRs and mirrorless cameras will always have an audience among hobbyists and pros due to their handling, creative control, viewfinders and single-shot image quality, the kinds of advances outlined in Sony’s presentation show that the next few years are going to be a particularly exciting time for phone cameras.

This article originally appeared on techradar.com.

About the Author
Mark is the Cameras Editor at TechRadar. Having worked in tech journalism for a ludicrous 17 years, Mark is now attempting to break the world record for the number of camera bags hoarded by one person. He was previously Cameras Editor at Trusted Reviews, Acting editor on Stuff.tv, as well as Features editor and Reviews editor on Stuff magazine. As a freelancer, he’s contributed to titles including The Sunday Times, FourFourTwo and Arena. And in a former life, he also won The Daily Telegraph’s Young Sportswriter of the Year. But that was before he discovered the strange joys of getting up at 4am for a photo shoot in London’s Square Mile.